Scottish Artists celebrate Russia’s modern Bard
An exhibition of paintings by Vicky Stonebridge and John Mikietyn, and a ceramic sculpture by Allison Weightman, will open at the Scotland Russia Forum’s Edinburgh premises at 6pm on 12th August, attended by Sergei Krutikov, the Russian Consul General. The weeklong exhibition accompanies music by Scottish singer, songwriter and translator, Tommy Beavitt, whose long-term project to interpret and perform the work of the Russian Bard, Vladimir Vysotsky (1938-1980), in English and Russian, has been an inspiration for the work displayed. Alongside the artworks, the exhibition will present Tommy’s performances in Russian and English of some of Vysotsky’s songs, which feature universal themes of faith, conflict and individual freedom. After closing in Edinburgh on the 18th, the exhibition will then re-open at the Inchmore Gallery, near Inverness, on the 19th of August.

Tommy, who has already traveled to Russia four times to perform mainly Burns songs (in Russian and Scots-English) said: “I’ve always been fascinated by the power of song, both as a means of expressing a nation’s culture and of transcending the differences between nations. Performing and translating songs from different cultures is also a great way to learn languages. Singing Burns to Russians showed me just how valuable a role the Bard fulfills – it’s more important than ever that nations are able to understand one another. As soon as I heard Vysotsky – whose birthday, 25th of January, is the same as Burns’ – I became obsessed with him. His basic message, at the same time deeply Russian and internationalist,  has a lot in common with Burns’ message of ‘A man’s a man for a that’. I hope that Vysotsky will one day become as well-known (and loved) in Scotland as Burns is in Russia.”
Vicky, who has also had an enduring fascination with Russia, said: “This collaboration has been a fantastic opportunity to develop the work I started when I visited Russia last year. There I was painting Scottish and Celtic myths and stories, and now I have had the opportunity to paint songs by a Russian Bard.
It is normal for me to work with other people when creating comics and Graphic Novels, but it is unusual to work this way with paintings. I am very excited to see how Russians, Scots and other people will react to them. I hope they will convey the spirit of Vysotsky’s songs in a way that can be understood by everyone.”

Vicky Stonebridge BA hons, Art & Design is a painter, illustrator and fire fighter. The inspiration for her work comes from a fascination with archaeology, history, anthropology, ancient art, myth and epics and how people have interpreted their world, as well as the universality of stories and symbols.
Living in the Highlands since childhood, she has developed a passion for traditional Scottish folklore and Pictish/Celtic stories and art. Following a Golden Deer motif has led Vicky on an on-going artistic journey towards the East, where the Russian passion for art, culture and literature has reinvigorated her own work. In 2010 she was invited to attend the Yelabuga International Art symposium organised by the Elabuga State Museum Preservation Area in Tatarstan. While there, she produced works for exhibition in the Shishkin Gallery on the theme of ‘Breath of the Epos’, and contributed to discussions exploring the cross-cultural connections in epic traditions and cultural practices.
Vicky interprets universal human experiences through her figurative and narrative art. She weaves connections between the post-modern western experience and the global, historical perspective, seeking an accessible visual vocabulary.
Allison Weightman is also based in the Highlands. She has developed a reputation for her daring and controversial ceramic works, recently appearing on the BBC TV programme ‘Show me the Monet’ with one of her shotgun blasted pieces.
“Though a shotgun may seem a controversial creative instrument it is the method by which many choose to express themselves throughout the world. In the hands of the artist it is used in full knowledge, a process balanced on the edge of the human capacity for creation and destruction” – Georgina Coburn
“I started out shooting my ceramics because I wanted people to see the damage a gun can make. This was because I had strong feelings against gun crime and the mess War makes of the lives of innocent people. Families of soldiers and innocent bystanders, these are the people who are most affected. The dead don’t speak.” – Allison Weightman
“The really strange thing is that the work retains some of the quiet elegance which comes from years of craft. This makes it bearable. So you don’t switch off but look closely…” Ian Stephen
John Mikietyn is a painter and jigsaw artist who has been based in Scotland for most of his adult life. Born in a refugee camp in Liverpool to Polish parents – his father was a partisan and “bank robber” who spent the war moving around between the Balkans and Baltic – John’s work forms a powerful and eloquent response to his Slavic heritage, his formative experiences associating with rock band Led Zeppelin during the genesis of the Glastonbury festival, his many years living on Scoraig peninsula and his commitment to human spiritual development and the goal of “an eventual cessation of war”. He now lives near Edinburgh, where he spends his time fulfilling the full-time vocation of sole parent to his two children, somehow miraculously also finding the time to muse, inspire and paint.
Tommy Beavitt is a Scottish singer, writer and translator. He produced his first album of self-penned songs in 1989 at the age of 21 and spent many years performing both solo and in bands. His ‘linguistic turn’ occurred during his thirties after which time he temporarily stopped writing songs and instead devoted himself to studying languages and exposing himself to their cultures through an interpretation of the work of the ‘modern bards’.
He first travelled to Russia in 2008 and has since returned several times since to perform the work of Robert Burns in Russian and Scots-English to audiences in Moscow, St. Petersburg and Yekaterinburg.
His love of Vysotsky began after a coming across his work on the Internet about 10 years ago. Since then he has been gradually adding Vysotsky songs to his repertoire – first painstakingly learning the songs by heart in Russian and only then, after they have been completely internalised, venturing to render their rhythm, themes and imagery through the medium of (Scots) English.
He is currently engaged in a project to develop a bi-cultural, bi-national festival in January, dedicated to Scotland and Russia’s respective Bards and to increasing the cultural and economic ties between the two countries, which seem to have so much in common.
Vladimir Vysotsky is almost universally known and loved in the Russian-speaking world and in many parts of the former Soviet Union. Yet, other than to a few Russophiles, who appreciate that he may be the genuine “heir to Pushkin”, his work remains relatively obscure in Anglophonia.
His more than 1000 songs have been translated into over 60 languages, yet in his lifetime he was never officially released in the USSR, his songs instead being distributed by a process called ‘magnetizdat’ (tape-to-tape copying). Incredibly, over the course of his short and intensely lived life, he also managed to become a major theatre, TV and film actor.
While he was branded “anti-Soviet”, he was never referred to as a dissident writer and is often thought of as a great Russian patriot. Beginning with the ‘blatnaya pesnya’ (outlaw songs) genre, deriving from prison ballads sung by those returning from the Gulag, his songs branched out to deal with an extremely broad array of themes, in which human freedom and faith are often central. 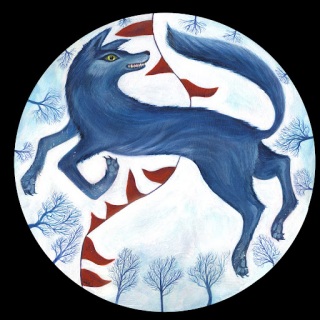 This entry was posted on July 31, 2011 by balnacra in Blog and tagged art, exhibition, opening, russia, scottish, vysotsky. 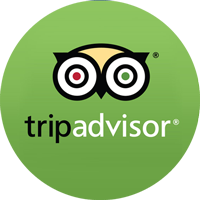