I’m not a fan of new years resolutions, as I have always tended towards rather un-achievable resolutions from day to day. I prefer to mark the end of the year with a ritualistic look back at what has happened, what has been achieved and what changed. This helps clear my head and shine a light on the way forward.
Skimming back over years blogs, tweets and status updates each previous year, it is amusing and somewhat depressing to see how repetitive, how seasonal and how cyclical life can be. Ever the idealistic optimist “This year my art will progress, I’ll sort out work hassals, I’ll make headway in having enough money to live off, I’ll relax more, I’ll stress less, I’ll not be press-ganged into working for free, I’ll not be bullied, I‘ll travel more, not be supressed… “ and yet every year, I see myself voicing the same frustrations and failing to do the above.

The year started the same as ever, a giddying breathless multi tasking worry about work and money and not getting enough art done, under pressure and unhappy, trying to achieve too much. I’d been co-opted onto the board of the Kirkton woodland and heritage group. Later in the spring I got an 12 week intern post which at least paid me to push forward with some of this community groups projects and be paid for it for 20 hours a week, albeit minimum wage.

In April we had Hi-Ex, the Highland international comic expo to run.
we raised £1800 for the children’s charity Children 1st, got on STV news, and I was ill overworked and totally lost my voice. The week after I had a country day which I’d organised to coincide with the official opening of the Lochcarron treehouse.

Then there came the biggest change in my life for many years. My life has lurched from one chapter to the next slowly slowly growing changing ebbing and flowing, the children got older, they went, returned and went again, friends came, went and changed. Art came, went and changed. Jobs and projects come , go and change. Waves and years of crisis’s hit, were resolved, the scars and fears healed slowly, plodding forwards. I had no idea that things would change as much as they did when I found myself living alone for the first time since I was 19 years old. Sadly a relationship break up was a catalyst of this profound change, so I don’t feel at liberty yet to talk about many aspects of how things have changed for me.

But it was an opportunity for a complete life re-boot, re-appraisal and fresh start. 2012 was the year I was given a blank slate, a chance to ‘find myself’ beyond my roles in other peoples lives.  Frustratingly, because saying nothing was the right thing to do, this was also the year I couldn’t speak out or express myself as I moved through this giddying transition. Synchronistically, within days of things changing I attended a very intense psychological training course in management and negotiating techniques.  This gave me some timely tools and insights which have been valuable in steering a course over the subsequent months, both in dealing with the past, and the strange unfolding new future. My good friends of course were and continue to be pillars of support. 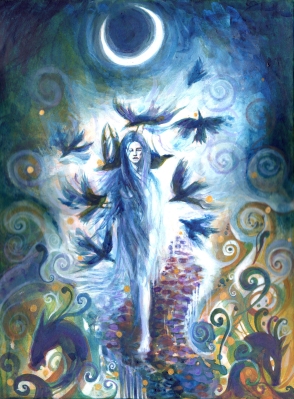 Fast forward>> I have ended up clocking up lots of miles, my dog had become very anxious about being left alone, everyone else in his life dog and human, having left one by one. He became much more protective of me, so him and me made good travelling companions. At times it meant there were things I couldn’t do, places I couldn’t go, but it’s a small price to pay for such a loyal guardian.

A lot of the year was taken up with learning woodworking techniques, basketry, forest, community woodland work and projects. This spilled over into the artwork I did. The community woodland project I have been busy with won an award this month which was a great endorsement. This is an on-going massively important project to ensure a sustainable future for this remote rural community.

Comic wise, apart from the previously mentioned Hi-Ex event, I attended Bristol Comic convention in May and volunteered at Leeds Thought Bubble in November. I was also was involved in the New British Comic awards as part of the organizing Committee. I  had a one page black & white strip I wrote & drew published in Jason Coleby’s ‘Amnesia Agents#1”, Colouring work in the latest anthology from Barry Nugent’s ‘Unseen Shadows’ world in a story called Stolen. Colours in a story about Brian Boru in a New Irish anthology called ‘Lightning strike’. I also produced the artwork for the story Tohopka in the book Bayou Arcana.

I didn’t attend any craft fairs or have many exhibitions this year. I ran an art course via the west highland college on sketchbook development and individual painting projects, which all the students passed, despite me pushing them well out of their comfort zones. I traveled widely across Easter Ross and Inverness doing Pictish Animal art workshops with pre-school, community groups and nursery’s and part of an Artsplay Highland project. I had some bits of artwork on display in various galleries. There was the Lochalsh art fair, lots of design work, web editing and marketing various community groups and projects.I got very little new painting done, my colours and patterns seemed to have got stuck back in the winter, leafless celtic night trees. But its okay, I’ve been making things, exploring words and poetry and other creative outlets instead.

I was supposed to be going to Kazan in Russia for a very exciting art project in July, to illustrate an ancient Bulgar epic creation myth poem. I had set my heart on this, spent a lot of time translating and researching the poem. But communications and documentations all went astray, the paperwork I needed for visa’s being sent to London embassy only days before I was due to be leave, I just didn’t have the money for such last minute arranging. So that one fell through. But it was okay because in not going something else great happened. I have learnt this year to have faith in things working out for the best. There are positives lurking behind everything that happens.

In September I was privileged to be part of Ceangal international artists residency in Gairloch , a community led project organized by my friend Lynn Bennett-MacKenzie in collaboration with Somu Desai from Gujarat in India. This was a bit of a game changer and emotional rollercoaster as I fought to get time off all my other commitments, and just allow myself to go with the flow, battling to allow myself to be intuitively creative in a non traditional manner. It was exhausting but very good for my confidence as an artist, very good at dismantling those deeply entrenched art paradigms. I wove things out of sticks and metaphors, spending time in nature. The residency was a great success with the community taking great interest and getting involved with all the artists and their diverse site specific installations, performances and interpretations of the area.

Photo thanks to Ximena Labra

There is still lots happening with The Fire service job, I got some extra work travelling around stations rolling out a new IT system. Meeting other crews has been great fun. I’m also still involved with Trade union and now party politics, as long as there is injustice and exploitation  there is work to be done.

I’m poorer than ever before, and have struggled for food and heating money at times but it really doesn’t matter or stress me out too much any more. How can I sum up 2012 without writing what I can’t write about?

Photo thanks to Ximena Labra